Bodadeg Ar Sonerion organised its first bombarde and bagpipes contest in Quimper, in 1949. During this inaugural event, an audio recording was made by the Musée National des Arts et Traditions Populaires, based in Paris. Over the years and various contests, recordings were made by ORTF, individuals with access to recording equipment, as well as the BAS which became Sonerion; the latter through its own resources or in partnership with local radio and other associations.

In the early 2000’s, a collaborative project between Bodadeg Ar Sonerion and the local government, the Département du Finistère, began with a view to collate, catalogue, analyse and preserve these recordings with the aim of releasing the collection to the general public.

In agreement with the Conseil Départemental du Finistère and its archiving service (AD29), Sonerion has created this database that allows the user to search by various criteria. The content currently covers the years from 2000-2015 but will soon be completed to include older and more recent recordings.

In this repository of information, you will find archival recordings of events organised by Bodadeg Ar Sonerion, which constitute a rich heritage of Brittany, sources of repertoire and examples of the region’s musical expression and culture in both traditional and evolving formats.

For each event, the portal provides all participants' information, however some recordings might be missing. These will show as ‘unavailable’.

The recordings at your disposal can be downloaded in mp3 format for private use. The content of the recordings remains the property of the performers who must agree to all forms of public use, in accordance with French legislation. 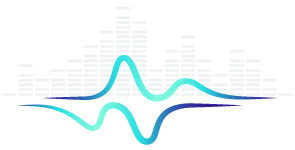